How CBD Oil Can Improve Your Health

How CBD Oil Can Improve Your Health 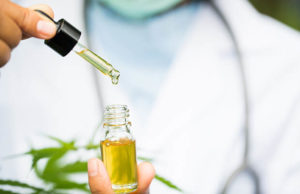 When people hear the word cannabidiol, the first thing that comes to their mind is weed smoking and how it is illegal in most countries in the world. As a result, the reaction to CBD is mainly negative. This article tries to offer information that might help change people’s perception of CBD in the world. For centuries the cannabis plant and hemp have improved people’s health in several ways. But with current technology, it is easier to understand how CBD interacts with our bodies and some of the effects that can be identified over time. Even though some of the effects are negative, CBD has several impacts on the body that improve people’s health in one way or another. Some of the most noticeable effects that have been identified over the years include;

Bodyweight is one of the most controversial topics in the world. No matter how much people want to stop body shaming each other, sometimes big people have an inferiority complex due to their weight. They try their best to reduce their body weight for both their physical and mental health benefits. Apart from reducing anxiety since they will feel comfortable in their bodies, reducing body weight can help avoid several issues such as heart conditions that may have extreme consequences such as death. CBD consumption is one way to go for a person trying to reduce their weight. One of the effects CBD has on the body is that it reduces a person’s appetite and boosts metabolism. When this happens, the body starts reducing body fats to sustain its energy production. The reduction of body fats will cause a loss in weight and reduce the risk of any heart-related condition. 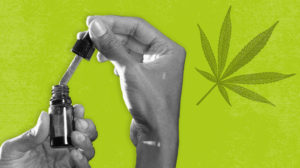 CBD oil has several neuroprotective effects that might benefit the body and health. The first thing that happens when people consume CBD is that it reacts to the endocannabinoid system in the body. After the reaction, several things happen to the body. Some of the most common and beneficial to a person’s health include

One of the things that happen is that CBD makes the nervous system less reactive. When the nervous system is less reactive, it cannot sense when the body is in pain. For this reason, one of the neuroprotective functions of CBD is to reduce pain among sick patients. It has been used as a pain killer by many patients for centuries and is currently prescribed for people suffering from cancer.

The other function is that CBD can reduce seizures among patients suffering from epilepsy. CBD does this through its reaction to the nervous system when it reacts to the endocannabinoid system. When in the nervous system, it helps to activate cells called CB1 receptors. CBD also reacts with the brain and makes people less excited, which reduces the risk of suffering from seizures and protects the brain in case of one.