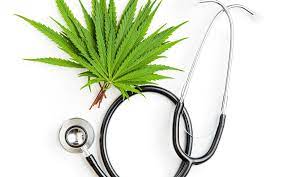 Marijuana oil is produced by gently toasting cannabis in a carrier oil, giving the cannabinoids the opportunity to incorporate with the oil molecules. The oil can be any edible oil, but the most recommended is coconut oil, with olive oil a close second. Cannabinoids are the functional elements of the plant; they are numerous, but we will mostly write about CBD (Cannabidiol) and THC (tetrahydrocannabinol) as they are the components that cause the widely known results of marijuana.

THC is the psychoactive component that causes the ‘high’ sensation from eating an edible or burning marijuana. CBD can be described as the opposite of THC in that it inhibits where THC excites, promoting a restful state, and can help with pain and inflammation.

Note: It is best to ‘decarboxylate’ the cannabis before infusing it in oil because cannabis in its raw form has THCA and CBDA in place of THC and CBD. While some developing researches are implying encouraging health benefits from THCA and CBDA, they are not as powerful as THC and CBD, so they will be lacking in their psychoactive and medicinal potency.

You decarboxylate by warming up fresh cannabis in the oven or on the gas top; the oven is recommended as it can maintain low and slow heating.

To decarboxylate, cut up your weed, evenly distribute it on a baking sheet, and heat in the oven at 250F for 20-30 minutes for THC-dominant strains and 50-60 minutes for high-CBD strains.

Be warned this will produce a perceivable odor in the area.

Take care not to overcook your weed, as that can destroy your cannabinoids.

First, pour water into the lower part of your double-boiler while you pour the oil in the top section. Place it on fire.

Next, mix the prebaked weed with the melted oil. You can include raw weed if you want THCA and CBDA. Toast the mixture on low heat for about 30 to 60 minutes; though the duration can extend for hours as you desire, stir periodically. Ensure you stay below 200F with an optimum temperature of 140F. When done heating, you can layer paper towels or cheesecloth in the filter and set it over a bowl. Strain your mixture, then squeeze out the surplus oil from the cheesecloth. Keep in mind that it will be hot; you probably should wear some gloves.

Now you have your cannabis-infused oil; you can choose to store it in a repository jar or use it right off the bat. If you choose to store, keep it in a cool dark place. The oil should last for a year though the effectiveness may reduce.

P.s another benefit of utilizing coconut oil is that it has innate antifungal and antimicrobial properties.

Another method to make Cannabis Oil is to infuse the decarboxylated weed in the oil of choice and allow it to imbue the oil for some weeks at room temp. This is a method for those unsure of further heating their weed.